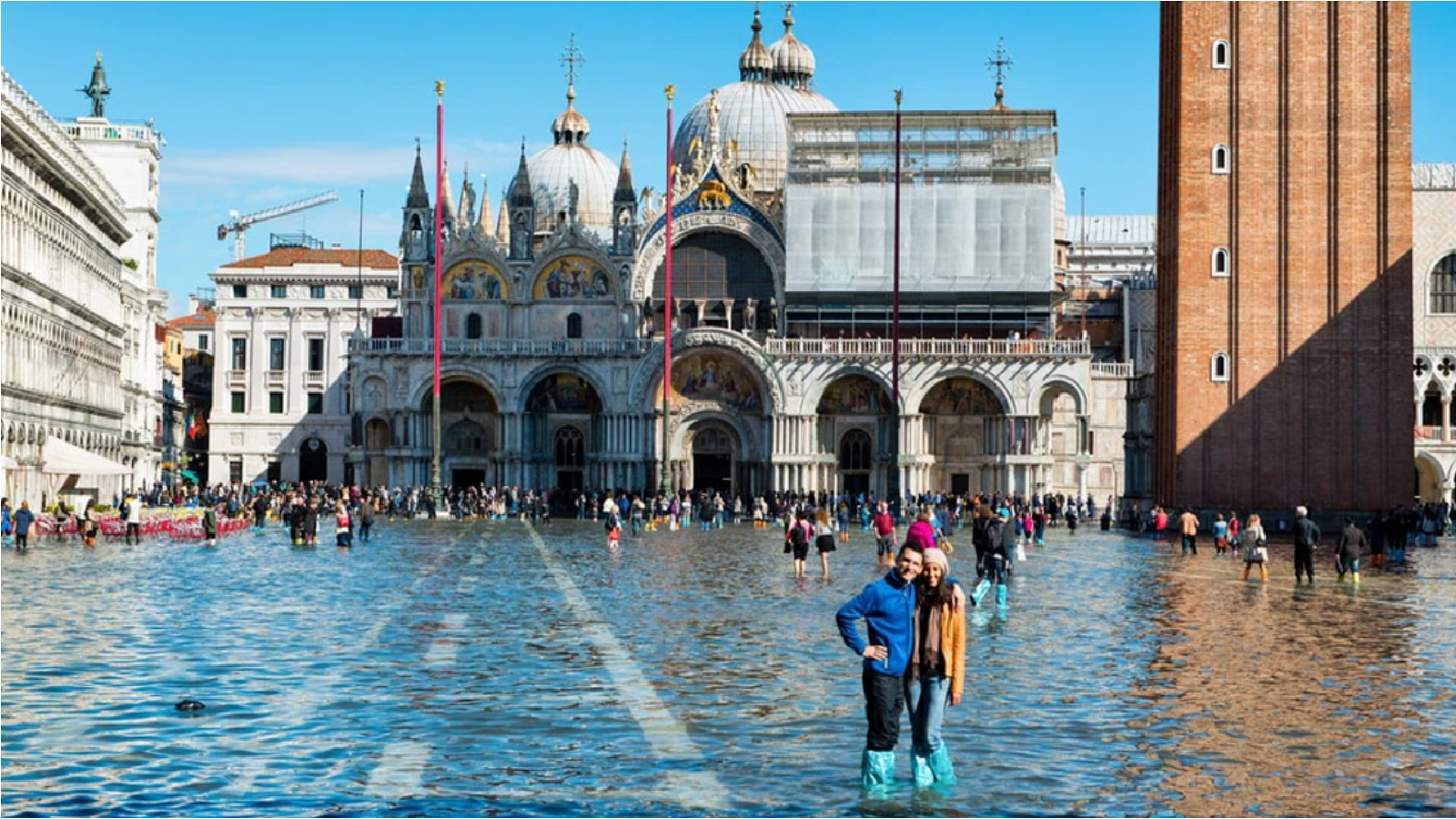 The world-famous St Mark's square in Venice was submerged in water after a newly installed mechanism for mobile artificial dam failed to activate appropriately. Though the residents of the city are long accustomed to high water events, this one still managed to shock them all. People took out their rubber boots & struggled to keep water out of their properties. The flooding was noted as high as 4.5 feet above the sea level in the afternoon. The system failed to activate against the flood because the forecast erroneously predicted water rise of only 4 feet above sea level. The project which was originally launched in 2003 to protect Venice against such calamities is called MOSE. This infrastructure project has cost the country almost 7 billion euros versus the original cost estimated at 2 billion only.