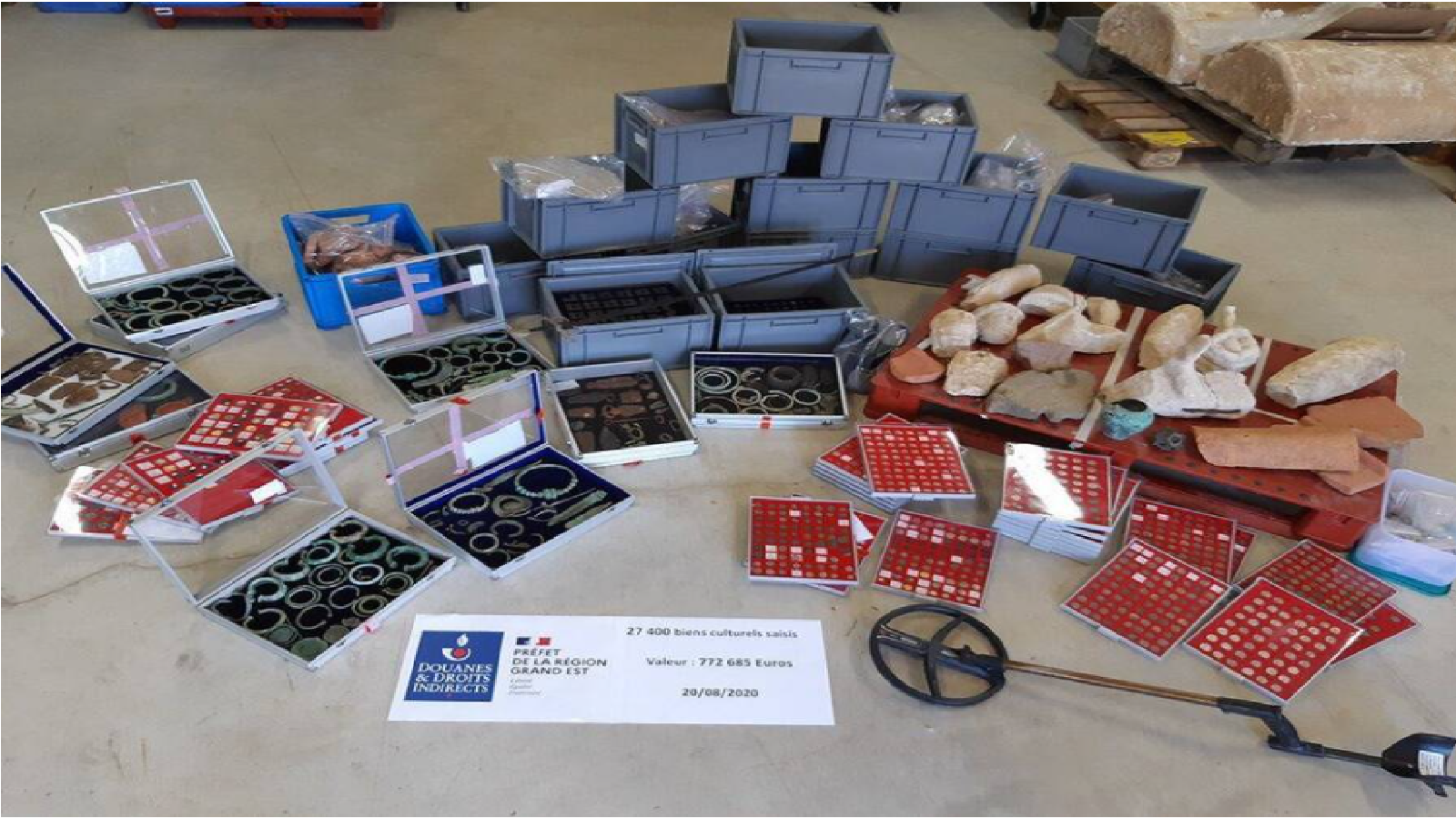 A French treasure hunter has been caught with a massive collection of 27400 priceless artefacts in his possession. This is believed to be the biggest loot in the history of the archaeological history of the world. Some Belgian officers became suspicious of the man identified as Patrice T when he was found with 14154 Roman coins. He claimed that he dug them up from an apple orchard bought by him recently approx 40 miles away from Brussels. However, after further investigation, the officers confirmed that this treasure hunter has found these coins & artefacts by illegally digging at various places in France. The entire archaeological collection in this man's possession was estimated to US$ 946670.