Democracy in USA under Attack 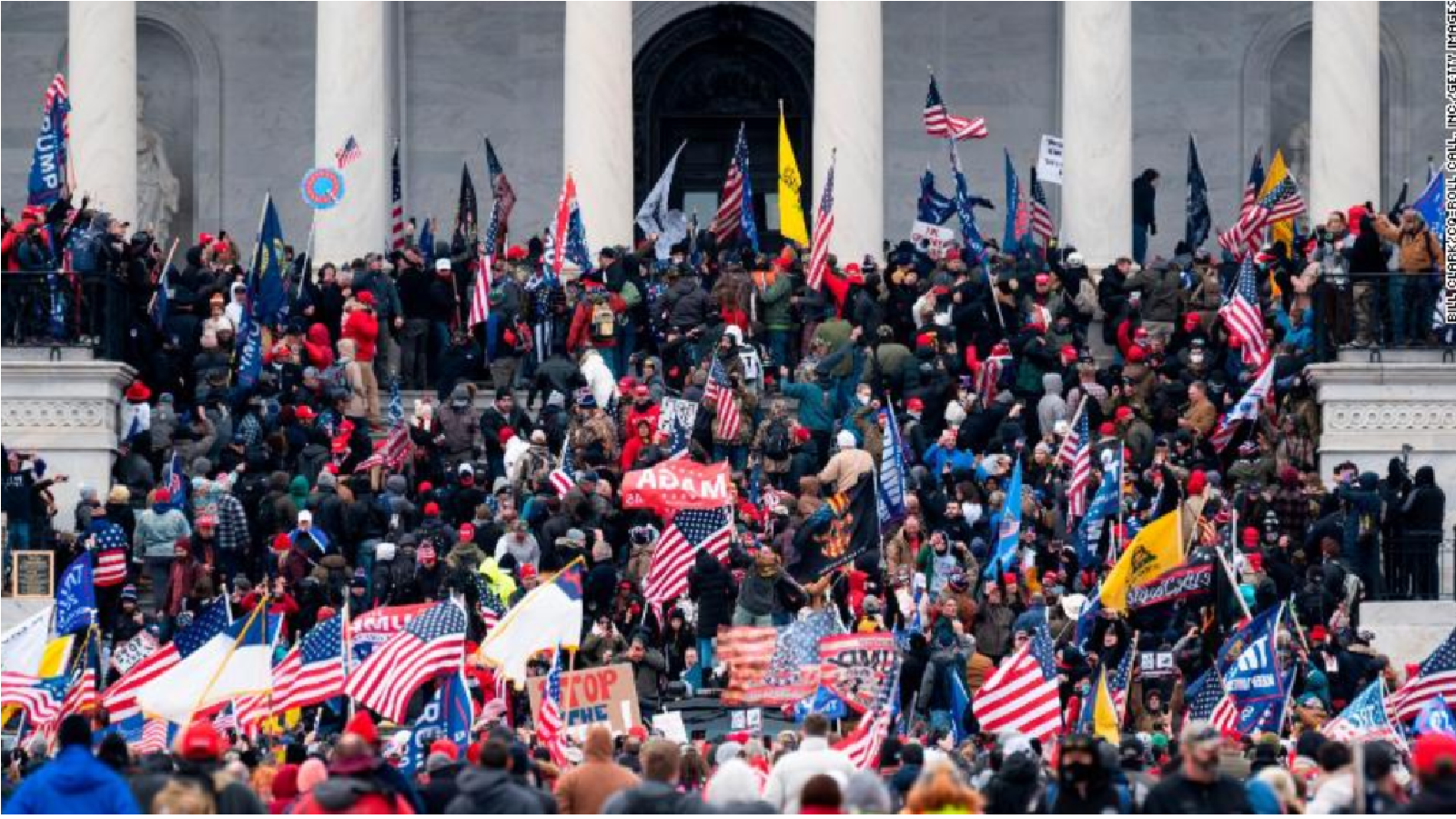 Democracy in USA under Attack

The supporters of the outgoing president of the USA stormed the US Capitol & created never seen before the chaos. This clash witnessed the death of one person as well. The supporters violently clashed on to police & breached the entry restrictions in the state-building.  This agitation was presumably invoked by ex-president Trump by claiming a large scale vote count fraud across the country leading to his loss in the presidential battle. Despite several accusations, Donald Trump did not ask his supporters to vacate the premise. He kept posting tweets for maintaining peace but did not urge the crowd to disperse. Leading to this historically horrible anarchy major social media platforms suspended the official accounts of Donald Trump to ensure no provocation can go out to the public.