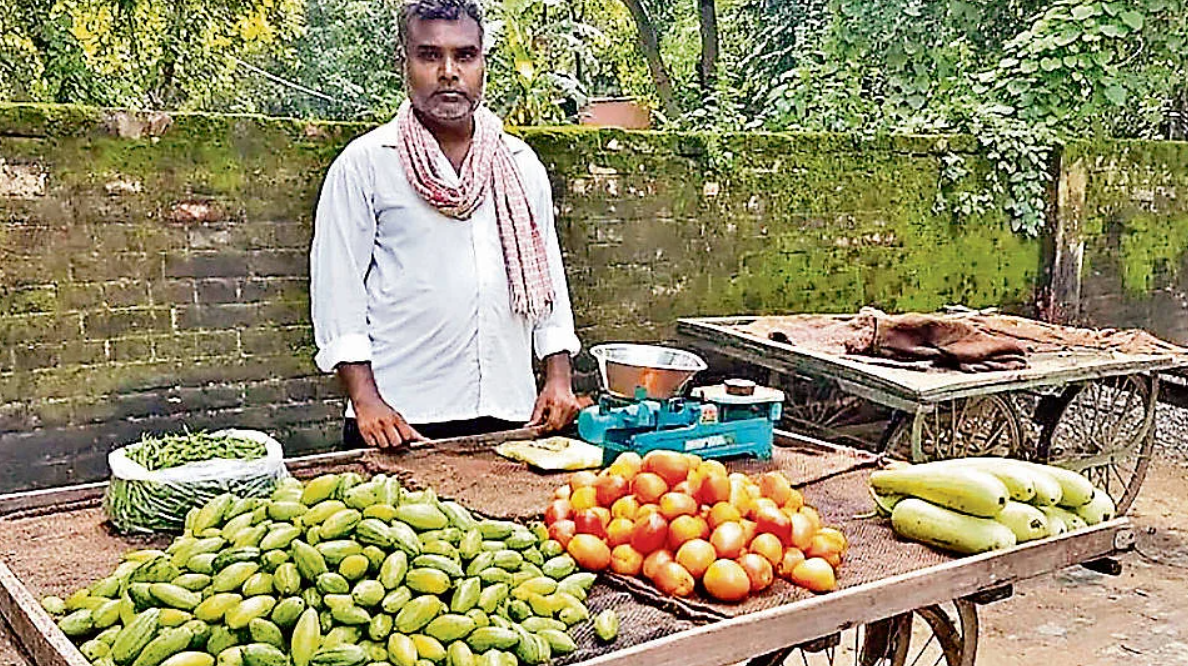 Most Indian households are familiar with the famous television serial Balika Vadhu. This program gained immense popularity during its peak times. As the pandemic hit the world, it also severely affected the media & entertainment business in India. The person in this picture is Ram Vriksha Gaur. He has worked as a unit director for this & many other known television shows. As the COVID 19 situations soared in the country he moved to Azamgarh which is his native place in Uttar Pradesh state. The man happily took over his father's vegetable business without any shame or regret in such a situation where most of his projects are on hold in the Mumbai television industry. Ram is hopeful that the situation will improve & he will eventually move back to Mumbai to continue his career in television.