Dont Leave My Side

Juniverse / Juniors / Dont Leave My Side 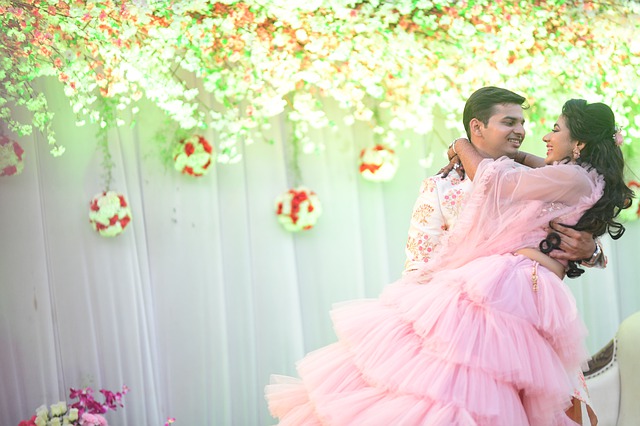 Dont Leave My Side

Rumi swung the satchel lightly and made the instrument box which contained the protractor, the divider and other assorted items that one needs to draw geometrical figures, sing to her. The notes it produced were the beats she needed to provide the orchestra for the gentle notes produced by the breeze that ran into a dancing cluster of bamboos.

"Hi! Rumi," she heard the shriek of brakes biting into the tyres. She turned quickly and noticed her childhood friend, Arun, tilting the bicycle and gaining stability by simultaneously taking his left foot off the pedal and planting it on the ground.

She acknowledged his call with a smile, her fair cheeks turning pink, her lithe figure feeling strangely electrified. Perhaps the heart had its reasons. She wanted to say—Glad to meet you! So your course at the Military Academy is over! You are now an officer in the Army! Congratulations!—but the words died in her throat. Not that she was short of words. In fact, in the 16 years that she had been on this planet, she had spoken more than most girls of her age.

The children of the village looked upon her as a fantastic storyteller. Her teachers relied on her to win laurels in elocution competitions. Ramdev, the village priest, hailed her every time she came to the temple and recited verses: "Goddess Saraswati resides on your tongue," he would say. Yet, she was speechless in the presence of Arun. He was not a stranger to her. He was her childhood friend. Four years older to her. They had grown up together. Played together. Fought together. All that ended once she attained the age of maturity and the family dropped the hint that in a few years she would marry Arun.

She liked the idea.

Arun was tall, well-built and had a native sense of humour. 'Not a bad catch,' she told herself when she heard of the family's decision. But from that day, she became tongue-tied whenever she ran into Arun. "Shall I call you dumbo?" Arun teased her.

She took the rebuke in her stride. She could not gather enough words to respond. "Well, my dumb doll, get it into your head. In a fortnight, you will have to speak to me. Ask me why?" Rumi raised her eyebrows, signalling that he could give her the answer. "Because, in a fortnight, we are to get married."Arun swung off the cycle, rested the cycle against the cluster of bamboos and started moving closer to her.

She could not believe her ears. Nobody had told her of the decision. She had heard the elders whispering behind her back, but every time she tried to find out, they told her, with that supercilious look, "You will know, girl. Soon. Not now." So that was the secret. They were conspiring behind her back, deciding her life, without taking her into confidence. "That cheers you, doesn't it, Rumi?"Arun gently picked up her hand. "No." She finally found her voice.

He dropped her hand, instantly. "I thought, fool that I was, that you loved me too." He was rattled.

"Who says I will not marry you?" Rumi now found her voice."Ah, my sweet little girl. You gave me a fright. You always manage to do that. Wait till I get my chance." He came closer and stood before her. "That remains to be seen. You will not get one for another four years," Rumi bit her lip. "Why?" "Because I want to complete my studies. Because l want to be capable of earning a living. Because you will be away, posted at non-family stations, and I will have to manage on my own. I can give you a hundred reasons to justify why I shall not marry now. If you are in a hurry to get married, forget me. Find another girl." Rumi was eloquent.

"But our elders think we are both old enough to marry," Arun tried to bring her round. "Go and tell them what I told you. Will you? Otherwise, I will fight my own battle. If that happens, you will not have a face to show," she warned. "I shall speak to them. But I wonder whether they will agree," Arun hedged. "They will. They have no option. I am sure I can make my parents understand. Hope you manage your end equally well," Rumi started moving off.

Arun watched her till she vanished from view. His face fell. With what hopes he had sought out Rumi! How eager he had been to give her the gift he had brought for her! She had dampened his enthusiasm. He ground his teeth and pedalled along the metalled road at breakneck speed.

After dinner, his parents moved to the central hall. His father sat on a swing and enjoyed its gentle movements. His mother sat on the floor, stretched her legs, got hold of the paan (betel leaf) box and started preparing the paan she and her husband usually enjoyed after dinner. Arun came and sat by the side of his father. "Ah, Aaru, did you meet Rumi? Poor girl, she doesn't know that her days of freedom are over, that you & she are about to tie the knot and take her away with you. We let her have all the fun till you came on leave." The old man had a big smile on his face.

"You should have taken her into confidence," Arun mumbled.

"We, the elders, decide what is good for you. You are children. What do you know?" his father was stern. "But, Father, Rumi doesn't want to marry now," Arun sighed."She thinks she is too young for marriage?" his mother stopped rolling the paan leaf and gaped at him."Mother, she says she wants to complete her studies," he replied. "I will talk to her, and to her father," his father bristled.

That was when they heard the rustle of feet. All eyes turned to the sound. Moving across the door were Rumi and her mother. "Please come, How are you, Rumi?" Arun's father welcomed them, warmly. Rumi bent and touched the old man's feet, before turning to Arun’s mother to do the same."Gopalji has Arun told you?" Rumi's mother sat on the swing by Arun’s father’s side."Yes. That is the stupidest thing I have heard. Remember, Deviji, you were hardly twelve when you got married. Are you not happy with your husband? Such a nice man. Who chose him for you? Your parents. I think choosing the bride or the bridegroom is our right. Further, Rumi and Arun are friends. And they are made for each other, Romeo and Juliet," Arun's father laid down his case.

"Uncle!" Rumi was happy that Arun had already talked to his parents about her view. "Yes, my dear," the old man gave her the nod."I never question your rights or your decision..." she paused."Do you not like Arun?" his mother interrupted.

Rumi's face turned red. She bent her head, stared at the floor for a few seconds before regaining her courage. "Aunty, you know the answer," she hedged.

"I talked to your son. We agreed we would wait for four years before we marry," Rumi said. "Is that so?" the old man shot the question at Arun. "Yes, Father. I met her this evening when she was returning from school. I told her about your decision. She was shocked. She said she wants to complete her studies, become a graduate at least," Arun pleaded her case.

"Why does she need all that education? It is enough she knows how to keep a happy home, cook well, look after the children when they arrive..." Arun's mother scowled.

"Mother. Days have changed. Father was always with you. I will be posted at non-family stations often. Rumi will have to be on her own. She is right, Mother, let her complete her graduation. Then we will marry. Till then..." "Till then?" "Till then we remain engaged," Arun said firmly.

Next day, when he ran into Rumi near the cluster of bamboos she was bubbling with joy. "I am proud of you. You stood by me, fought for my right. You brought your parents around," her eyes held a rare glow. "Tamed them, girl! Four years hence, it will be your turn," he joked. "Who tames whom? The future will tell," Rumi smiled. "The future is not ours to see," Arun gently took her hand and placed in it the eardrops that he had brought for her.